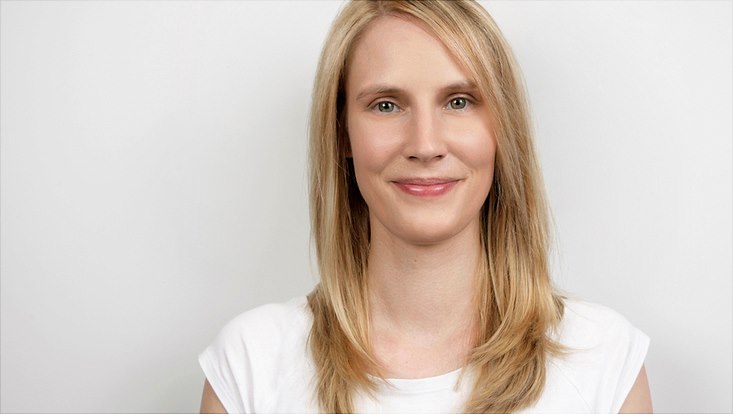 She researched at the Institute of German Studies at the University of Hamburg and then worked as a postdoctoral researcher at the Department of German Studies of the University of Zurich (Swiss National Science Foundation’s project ETHOS. Ethical Practices in Aesthetic Theories of the 18th Century). Her research focuses on literature and politics, ethics and aesthetics, theory and history of literary genres (especially drama), and the relationship between philosophy and literature. She is currently working on a contribution on practice theory (together with Frauke Berndt). Additionally, she is editing a handbook on Johann Christoph Gottsched (together with Sebastian Meixner, Stuttgart: Metzler 2021).

Research project: The virtue of literature. Generic forces towards the ‘good life’

The project takes the basic meaning of ‘virtue’ as practical suitability seriously: morality in that sense of virtuousness is essentially realized by forces of ‘good’ action. Especially with regard to 18th and 20th century literature, the project outlines a discourse which brings to bear such a genuinely practical effort for the ‘good life’. To put it the other way around: literature’s ethical profile is not explored via the questions of whether and how it commits itself to certain norms and ideals transported by moral philosophy or whether and how literature itself models theories of morality or consciously renounces them. On the contrary, I intend to reconstruct literature as a medium performatively testing and reflecting a spectrum of moral forces in the sense of instructions, directives and exercises serving a ‘good life’. Such a literary demand or duty is characterized by the claim to shape the individual’s as well as the community’s life: It consists in strictly practical and true-to-life exercises of virtue.

The nexus of practical morality and literature is analytically grasped by making use of the theory of praxeology. More precisely, this includes a critical reflection of practice theories as developed in the social sciences (in the spirit of the practice turn) on the one hand. On the other hand, I attempt to operationalize Foucault's practices of the self as well as his greater concept of the aesthetics of existence with regard to an analysis of literary texts. Ethical practices in Foucault's understanding institute aesthetic ‘spaces’. From the perspective of literary studies, it is worthwhile to become more precise at that point where Foucault does not focus in detail on the aesthetic and rhetorical forms that shape practices – which results in his too general concepts of an aesthetics of existence and of an art of living. Yet ethical practices have – according to their specific historical embedment – aesthetic forms, which are intensified when being framed by certain genres. My goal is to make use of praxeology in a Foucauldian sense in order to analyze the ethical profile of literary genres. Based on this I try to describe significant generic forms (e.g. legend, ‘Exerzitien’, biographical portrait, fairy tale etc.) that are dedicated to practical morality in the outlined sense and to expose exemplary stages in the history of genres conducing to a ‘good life’.

However, when literature is developing such exercises of virtue it does so within the framework of strict regulations that are derived from the laws of a particular genre. That is why the project virtue of literature attempts to trace a complex liaison of practical morality and literature, or rather: formal strictness provided by the laws of literary genres. This perspective moves beyond the usual narratives of aesthetic and literary history which are based upon a rigid dualism of the autonomy or heteronomy of aesthetics. At first glance it seems to be a paradox that it is exactly formal rigidity which creates space for literary exercises of virtue: e.g. by modelling and staging an encounter between author and reader, author and author, author and literary paragons. But especially those genres that are far more regulated on the level of aesthetic form than others offer spaces for negotiating the potential forces constituting a ‘good life’, in so doing eventually opening up a way to the narrow and rare spaces of freedom.

Research results: The virtue of literature. Generic forces towards a ‘good life‘

The relation of ethics and aesthetics has been the subject of literary studies in manifold ways. All attempts, however, primarily approached literature’s ethical profile by revolving around questions such as whether and how it commits itself to certain norms and ideals of moral philosophy or whether and how literature on its own models theories of morality or rather consciously renounces them. In contrast, my project intends to reconstruct literature as a medium that performatively tests and reflects upon a spectrum of moral forces in the sense of instructions, directives and exercises serving a ‘good life’. In so doing, my approach takes the basic meaning of ‘virtue’ as practical suitability very seriously: the forces of ‘good acting’ thus essentially constitute morality in that sense of virtuousness. Such a literary demand or duty is characterized by claiming to shape both the individual’s and the community’s life. It aims at an active exercise of virtue.

As part of my fellowship, I developed the project’s foundation in literary theory. Models of praxeology as developed in social theory are a suitable basis to grasp the nexus of practical morality and literature. It initially started with determining the explanatory scope of conceptions in the spirit of the practical/practice turn (Schatzki, Reckwitz) for issues in literary studies. However, Foucault’s reflections on practices of the self or the overarching mindset of the ‘Aesthetics of Existence’ proved to be more productive means to analyse literary texts. For ethical practices in the Foucauldian sense ought to be understood as aesthetically composed ‘spaces’. In addition to referring back to social theory, the aim was to expose Foucault as a philosopher of praxeology. By drawing on a concept of practices instructed by Foucault, literature’s moral substance can be defined as a field of forces serving a ‘good life’. Foucault’s ethical practices proved to be the leading conceptual framework for tracing exercises of virtue in a discourse-historical profile analysis ranging from the 18th to the 20th century.