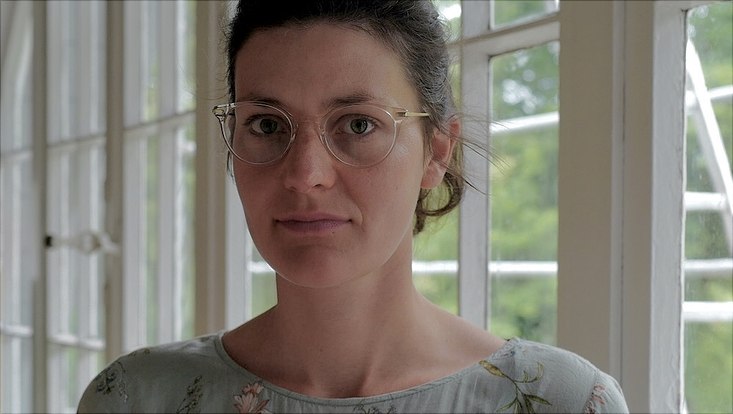 Wilma Scheschonk studied art history and media studies at the universities of Oldenburg, Santiago de Chile, and Hamburg. As an award recipient of the City of Hamburg she did research at the Zentralinstitut für Kunstgeschichte in Munich on the topic of ‘Force in artists. Limitations and transgressions in their economics of artistry since the early modern age’. From September 2018 this projected doctoral thesis, supervised by Prof. Frank Fehrenbach, was continued at the ‘SFB Helden – Heroisierungen – Heroismen‘ at the Albert-Ludwigs-University in Freiburg and the CAS ‘Imaginaria of Force’ at the University of Hamburg. Wilma Scheschonk’s Master’s thesis titles ‘Intermedialität im Fotobuch Los últimos Dias de Franco vistos en TVE, 1975’ was awarded first prize in 2017 by the board of the friends and patrons of the art history institute in Hamburg.

Reserach project: Force - Endurance - Agility, Concepts of “fitness“ of the artist since the Early Modern

In the history of arts the highly complex efficacies in the making and reception of artworks have occasionally and partly literally been attributed to the sheer physical strength of the artist. Even as far back as the canonization of arts in Europe in the Early Modern the literature on art as well as artists’ biographies began to establish a dynamic interdependency between an artist’s physical potential and the actual artistic production. The image of a physically assertive genius is pointedly illustrated by Leonardo’s being rumored to bend a horseshoe with his bare hands. This concept of an outstandingly “fit artist“ has been invoked as a distinction from other physiological explanations of creative production to overcome frequent recurrent threats to artistic productivity like melancholic inhibitions or other presumed symptoms of degeneration. Agility and bodily endurance have also become appreciated options among artists to enhance their perceptual potential. Against the backdrop of alternating semantics or the historical scientific understanding of force my project focusses on the partly astonishing presumptions of energy conservation, of a bodily excess of power culminating in a utopian regeneration of energy through the artist’s body. According to current and explicit reference of artists concerning personal “fitness“, its meaning is more than a gesture pointing to an extension of the arts or reflecting neo-liberal requirements for permanent competitive self-optimization. “Fitness“ rather continues to be seen in its correlation between inherent (bodily) driving forces behind artistic creation and the bodily induced process of becoming an artist.

Reserach results: Force - Endurance - Agility, Concepts of “fitness“ of the artist since the Early Modern

Just as there is an astonishing history of anticipating ideas of energy conservation, there is a continuous interest in extraordinary power phenomena right up to the industrialized modernity. What is meant are force relationships that seemingly elude the proportionality of cause and effect implied in the law of conservation of energy. Examples are: momentum, defined as the force of self-automated movement, disproportionate effects based on a minimal amount of initiation energy such as induction or activation, or also such promises possibly emanating from a strict economy of energy resources to an almost miraculous exclusion of fatigue and entropic loss, ultimately promising a way of generating energy.

What these immense manifestations of power have in common is that they were used in the field of arts to perpetuate a traditionally upwardly open ideal of performance, in modernity increasingly synonymous with physical abilities, as shown in my research. In it I examine principles of invigorating self-reinforcement and notions of renewable energies within the history of artistic production. Had, e.g., Immanuel Kant’s dictum of the ingenious spirit bestowed motion to it, self-maintaining and strengthening the powers for such activity, such a utopian, unbridled work potential is being tested through the artist’s physical body until the late modernity.