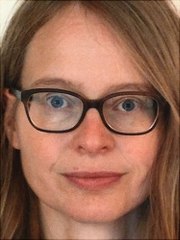 Myriam Gerhard holds a M.A. in Political Sciences and Philosophy and a PhD in Philosophy from the University of Hanover, where she taught Philosophy at postgraduate level from 1998-2004. The academic year of 2003/04 saw her as a Visiting Research Fellow at the University of Durham (UK). She worked as an assistant professor at the Hegel-Archiv Bochum before she continued her work in Oldenburg as a Junior-Professor. Her habilitation in philosophy with a specialization in philosophy of nature and classical german philosophy followed in 2014.

Myriam Gerhard is president of the International Hegel-Society, constituent member of the interdisciplinary research group "Nature" at FEST Heidelberg, member of the DFG-Network "Empirisierung des Transzendentalen" and director of the research group "Kritische Naturphilosophie" Oldenburg.

It is well established that 19th century thought displays a conceptual shift from a substantial to a functional understanding of force. Less known and still awaiting a thorough analysis are the metaphysical presuppositions and implications that go hand in hand with the scientific usage of the concept of force and a seemingly endless set of various and diverse connotations. The initial hypothesis of this project is that these connotations can not be reduced to scientific theories. Rather, they are a manifestation of underlying „Weltanschauungen“. To explore this thought my research will start by analysing the differences in the conceptualizations and usages of force within the scientific as well as the popular discourse in Germany between the 1840’s and 1870’s. A second step will involve a closer look at metaphysical suppositions and consequences thereof. My aim is not only to supply a historical sketch of the concept of force, but also a problem orientated analysis of the meaning and function of force as a theoretical entity and its interdependency with the concepts of matter and energy. Above all it is the social relevance of the debate that causes its oscillating and fascinating meaning.

The 19th century, which Werner von Siemens proclaimed as the century of the natural sciences, marked a turning point for academic philosophy. In particular, metaphysics, which was previously recognized as the queen of sciences, was in distress and was increasingly being displaced by a scientifically based philosophy of science. Empiricism, facts and measurable quantities replace the transcendental philosophical reflections that shape and guide classical German philosophy. Power and substance become the key concepts of an empirical philosophy popularized by Louis Büchner, among others. In addition to relevant monographs, as well as magazine and newspaper articles, it is the meetings of the Society of German Natural Scientists and Doctors, which provide us with a vast amount of primary sources that can hardly be overestimated for a problem-oriented research into the metaphysical implications of the concept of force in the 19th century. A problem-historical investigation of selected controversial issues in the period from 1840-1875 is intended to explain the meaning and function of force as a theoretical entity, the social relevance of the debate about an adequate concept of force, as well as shedding light on the interweaving and sometimes blending of the concepts of force, matter and energy.