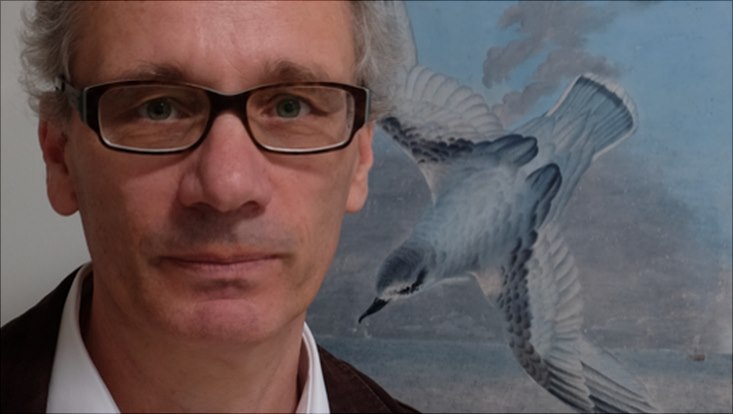 The Gotha Research Library in Friedenstein Castle holds a close picture series of 31 sheets with colored drawings as well as a portfolio with 77 pencil drawings by the natural scientist and later revolutionary Georg Forster (1754-1794). The pencil drawings, which were only partially colored, were made as sketches during the voyage around the world with James Cook from 1772-1775, and then finished as series of paintings after his return to Europe. Taken together, they provide an insight into Forster's zoological and botanical natural research as a draftsman. Beside his sketchbook, the elaborated masterpieces reveal his aesthetic ideal of a visual representation of nature. But how does Forster use the power of visual imagination to be able to present these exotica of nature to an European audience?

The goal of the research project is to prepare a book in cooperation with the Andere Bibliothek Berlin, presenting the drawings of outstanding importance. The research project continues the exploration of the paintings during a conference organized in May 2018 in collaboration with the Gotha Research Library. Furthermore, the focus is on enriching the drawings by placing them in a wider context of intellectual history. This includes the growing importance of the practice of visualizing the natural in a scientific context – from Leonardo da Vinci to Maria Sibylla Merian to Alexander von Humboldt  – as well as contemporary aesthetics, for example supported by Alexander Gottlieb Baumgarten.

The Gotha Research Library keeps a closed series of 31 sheets with colored drawings and a portfolio with 77 pencil drawings by the natural scientist and later revolutionary Georg Forster (1754-1794). As part of the research project of the Hamburg CAS CAS »Imaginaria of Force«, a concept of a monographic presentation was developed for these drawings and the basis for an introductory commentary was worked out.

For this purpose, his report “A Voyage round the World” was looked through and Forster's comments on the drawn objects were collected. In addition, all of Forster's writings on natural philosophy were worked through to sustain an introductory commentary on his natural drawings.

The drawings should be placed in a contemporary historical horizon. For this purpose, Alexander Gottlieb Baumgarten's “Aesthetics” were consulted, which are of paramount importance for a contemporary commentary on aesthetic ideas in the 18th century. On the other hand, the drawings were compared with those of his temporary student Alexander von Humboldt.

In Forsters opinion nature is a formative force whose effects reaches into the political. His guiding political metaphor is eruptive volcanism. The drawings, on the other hand, mostly convey a gentle side of nature, whereby the objects presented are mostly embedded in idyllic landscapes. The threatening force of nature as elemental force has been withdrawn. The drawings thus emphasize an alternative facet of nature which has also found its echo in the lovely descriptions and idylls in his account of the journey.

The presentation of the drawings, which have so far been neglected, will significantly enrich the understanding of Forster's concept of nature.