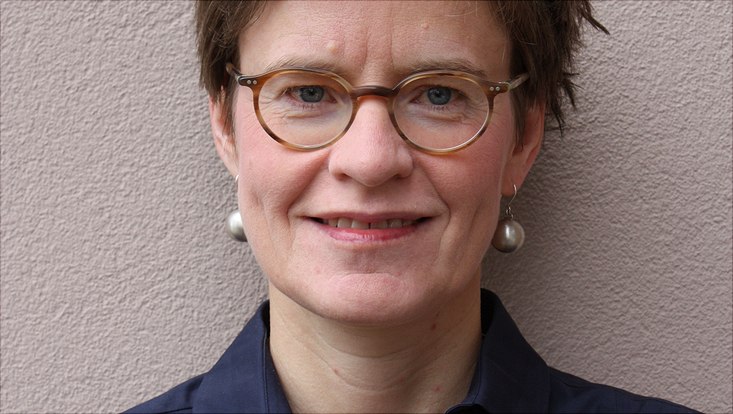 Andrea Schütte studied German Literature and Protestant Theology in Bonn and Oxford. She received her PhD in 2003 with a cultural studies thesis on Jacob Burckhardt and the aesthetics of orders in the 19th century. In 2018, after several years as a secondary school teacher, she completed her habilitation with the thesis "Intensität. Ästhetik und Poetik eines literarischen Phänomens" ("Intensity. Aesthetics and Poetics of a Literary Phenomenon"), which focuses on the concept of intensity from Leibniz to Cassirer.

Andrea Schütte's research focuses on contemporary literature, cultural and media studies, literary theory and the interfaces between body and literature.

Research project: Intensity. Aesthetics and Poetics of a Literary Phenomenon of Contemporary Literature

Literary critics attest 'intensity' to certain texts of contemporary narrative literature time and again and in astonishing agreement. They try to explain this reading impression poetically. My project seeks to examine the ways in which the reviews and reflections implicitly draw on the historical forms of articulation of the concept of intensity, and the extent to which the literary texts can be described with the 'other' logic offered by the concept of intensity. The research project aims to explore whether the concept of intensity provides a view of literary texts or even a method to structure the heterogeneous field of narrating contemporary literature according to forms of potency or zones of effectiveness.

Research results: Intensity. Aesthetics and Poetics of a Literary Phenomenon in Contemporary Literature

In a previous paper I analyzed the phenomena of a force-driven concept of intensity, as it was formed from scholasticism to cultural theory in the first half of the 20th century. Now, I tested their validity for describing a special segment of contemporary literature.

In order to identify the narrative texts of contemporary literature that are described as 'intensive' with a high degree of intersubjective validity, their reviews in the major national daily newspapers and radio stations were to be consulted. In addition to 'intensity/intensive' and 'power'/'force', the research also focused on the use of related or structurally coupled terms such as 'pain'/'suffering', 'limit', 'pressure' and 'density'.

For the corpus created, it was possible to prove that the texts described as intense do indeed reveal a semantics and a poetics of “Versehrung”: on the one hand, they serve semantics that point to a high tension and a porosity of the body. On the other hand, on a formal level, “VerSEHRung” is carried out as an elative intensification: The formal structures lead to the limits of what can be said. They generate an inner tension in each specific way.

In addition to this investigation of the phenomena of the literary texts, it became necessary to subject the reviews (which initially served only as a search engine) to an analysis themselves. Furthermore, it will be necessary to examine which narratives serve the talk about literary intensity. That should be productive in order to classify the cultural significance of the concept of intensity in terms of literary and cultural history.