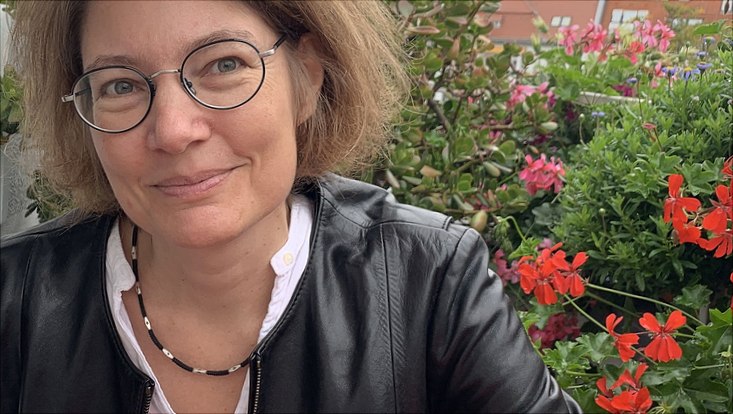 Caroline Torra-Mattenklott is Professor of German and General Literature with a focus on Forms of Knowledge at RWTH Aachen University. She received her doctorate at the University of Konstanz in 1999 with a dissertation titled Metaphorologie der Rührung: Ästhetische Theorie und Mechanik im 18. Jahrhundert and completed her post-doctoral thesis (Habilitationsschrift) at the University of Bern in 2014, since published as Poetik der Figur. Zwischen Geometrie und Rhetorik: Modelle der Textkomposition von Lessing bis Valéry. From 2000 to 2011 she was senior assistant and research assistant at the German Department of the University of Zurich, from 2011 to 2015 senior assistant at the Institute for German Studies of the University of Bern, from 2015 to 2016 professor at the Peter Szondi Institute for General and Comparative Literature and at the Friedrich Schlegel Graduate School of Literary Studies, Freie Universität Berlin. Since 2020 she is co-editor of the journal figurationen. gender – literatur – kultur.

Sciences of the Concrete – Aesthetic Abstraction

My project “Sciences of the Concrete – Aesthetic Abstraction” explores the complementary principles of abstraction and concretion as poetic and epistemic procedures. Coined by Claude Lévi-Strauss and recently taken up by Hans-Jörg Rheinberger, the term “science of the concrete” derives from a classification of academic disciplines proposed by Auguste Comte that runs counter to the later distinction between the natural sciences and the humanities; its precursors can be traced to the 18th century. From the late 19th century onwards, however, the concept played an important role in efforts to distinguish the humanities from the natural sciences and their supposedly universal methodological principles. As a concern for the individual, it implies an ethical stance. In the sciences, for example in natural history, as well as in literature and aesthetic theory, the turn to the concrete entails an empirical orientation and an ethos that privileges sensual experience, as can be observed, for example, in A. G. Baumgarten’s aesthetics, in Adalbert Stifter’s novellas, in the Ding texts of Francis Ponge, in Walter Benjamin’s short prose or in Roland Barthes’ theory of photography. The project aims at (1) reconstructing the epistemological discussion outlined above, (2) analyzing literary and essayistic texts dedicated to the study of the concrete at the boundaries between epistemic and aesthetic practice, and (3) describing the processes of abstraction and transformation that are operative in the poetic assimilation of the concrete.

Forces of the Concrete as Poetic Principles of Agency and Form

As a Fellow of the research group “Imaginaria of Power,” my work is focused on the constellation of power, concretion, and brevity in 18th- and 20th-century literature. The initial point of reference is the rhetorical concept of vis eloquentiae or vis dicendi, which both in rhetoric itself and in rhetorically-based poetics and aesthetics is figured in metaphors of organic and mechanical forces. In this tradition, powerful speech is concrete and does not dissipate its energies in general digressions. In the 18th century, the stylistic ideal of concision is negotiated in terms such as the “granular style” (körnigter Stil), the “hieroglyph” or the “power word” (Machtwort). In the 20th century, the constellation of power, concreteness, and brevity returns in the aesthetics of Theodor W. Adorno and in the poetics of small forms, for example in the works of Franz Kafka, Blaise Cendrars, and Alfred Polgar. Here, the question of the concrete shifts from what was primarily a concern of style to that of the relationship of theme to literary form. Characteristic experiences of modernity, such as the acceleration of everyday life, are condensed in images of big-city and railway traffic; their power and velocity is rendered by means of linguistic scarcity. Reading selected essays and short texts of modernism, I show how the forces such themes and objects make apparent give form and structure to the texts by impressing upon them their specific dynamics, statics, or elasticity.

Forces of the Concrete as Poetic Principles of Agency and Form

During my fellowship, I worked on two topics related to my project “Sciences of the Concrete” as well as to the “Imaginaria of Force”: the theory of ‘granular style’ (‘körniger Stil’) in the 18th century and the concept of elasticity in Blaise Cendrars’ early poems. My studies of the ‘granular style’ started, on the one hand, from the observation that in rhetoric and stylistics the power of speech is often associated with brevity, and, on the other hand, from Adorno's thesis that laconicity is a characteristic of bourgeois style that mirrors necessity and parsimony. There is, indeed, a bourgeois ideal of brevity in the 18th century. However, in keeping with the metaphor of the ‘granular,’ which refers to the ‘grain,’ i.e., the weight and purity of gold or the nourishing kernel of a cereal, its power is explained in terms of wealth rather than need. Leibniz, for example, attested to the German language a great potential of technical expressions for concrete objects from the fields of natural sciences, seafaring, trade, mining, and crafts. This abundance and variety of words held the promise of a powerful and lively style that would not waste energy in empty digressions but would call things precisely by their names.

The starting point of my investigations into Cendrars’ concept of elasticity was the title of his poetry collection Poèmes élastiques published in 1919. In the sense of semantic extensibility, elasticity in Cendrars’ poetry is associated with transformations, extensions, and compressions in space and is also operative at the level of letters. With respect to mediality, this concept also proved fruitful for the analysis of the leporello La Prose du Transsibérien et de la petite Jehanne de France that Cendrars created together with Sonia Delaunay-Terk in 1913: The operations of extension and compression are materially laid out in the leporello form and correspond to the movement in space traced by the poem. Elasticity can be described here as a poetological concept related to simultanism that shifts the emphasis from simultaneity and juxtaposition to the plasticity of spatial objects and distances, taking into account the palpable resistance that the world of things offers to both aesthetic and technical efforts.