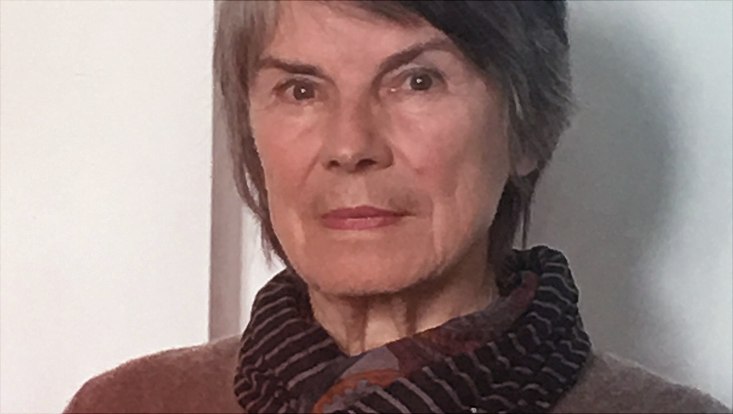 Prof. em. Dr. Monika Wagner taught art history at the University of Hamburg from 1987 to 2009. She first studied painting at the Academy of Art in Kassel, later art history, archaeology and literature in Hamburg and London. She was an assistant at the University of Tübingen and directed the Funkkolleg Moderne Kunst. Her work focuses on painting of the 18th-20th century, the history and theory of perception and the semantics of materials in art. Fellowships at the Wissenschaftskolleg zu Berlin and the Getty Research Center in Los Angeles offered the opportunity to extend her material analyses to architecture. The current project on colour reproduction was developed at the IFK in Vienna and was further pursued at the Bildevidenz of the FU Berlin. It is to be completed in 2021 and published in book form "Art history in black and white. On the Relationship between Reproduction Technique and Method". The starting point was the small study: "Art history in black and white. Visuelle Argumente bei Panofsky und Warburg", in: Schwarz-Weiß als Evidenz, edited by Helmut Lethen, Frankfurt, New York, 2015, pp. 126-144.

Research project: Powers of colour and disputes on colour reproduction.

The idea that colour has the power of life-giving belongs to the topoi of art literature.  Nevertheless, the reproduction of works of art in colour has long played a marginal role in scolarly literature even regarding the genre of painting. This became particularly evident in the early 20th century, when modern art was celebrated as the "liberation of colour" from the constrains of form, while new photographic processes of recording and reproduction allowed major improvements in the quality of colour. The dismissal of colour reproduction well into the 20th century cannot be attributed solely assigned to poor technical quality or higher costs. Rather, it is necessary to investigate the extent to which ideas about the affective power of colour contradicted an approach towards scientific objectivity, as represented in the natural sciences. Likewise, the impulses that the reduction of paintings to black and white photos contained regarding new methods will be examined.

Research results: Art history in black and white. or: banning the 'power of colour'

My project asks about the reasons for the rejection of colour reproductions in scholarly publications on the history of painting that lasted until the 1970s. This was in contrast to popular media, which had been featuring colour reproductions since the early 20th century. The academic ban on colour cannot only be attributed to technical shortcomings and higher costs of colour reproduction. Rather, the relatability of colour to line and chiaroscuro, as had been cultivated by representatives of aesthetic theory for centuries, continued in black-and-white photography, as did the tradition of graphic reproduction media. The establishment of respective photo libraries with black-and-white reproductions had consequences for the development of central art-historical methods.

During my fellowship in the winter semester 2020/21, I could focus on the rhetoric of the "power of colour" in texts of late 19th century psychophysics and early 20th century artists' writings and explore their relationship to methodologically relevant texts of art historiography. In the process, it became apparent that the "power of colour", celebrated as a "liberation" from the "fetters of form", with which artists as well as some critics characterised modernist painting, posed a problem for art historical scholarship. Empirical sciences such as psychophysics, which characterised colour as subjective and charged with uncontrollable emotions, also contributed to this; this was precisely what seemed to jeopardise the scientific claim of a methodology that included colour.