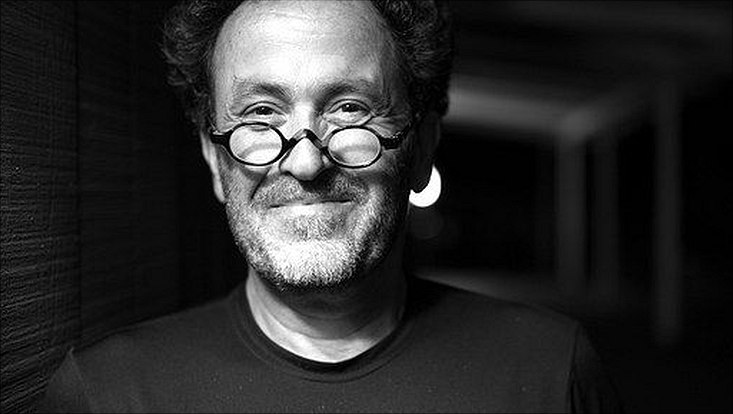 A historian of early modern science by training, I am now a Distinguished Professor of Law, Science & Technology Studies at UC Davis, where I direct the Center of Science and Innovation Studies (CSIS) and co-directed the Innovating Communication in Scholarship Project, a study of the future of academic publishing, with special attention to the intellectual property issues that accompany new forms of publication (especially open access), the status of data, the impact of metrics of evaluation on the definition of authorial credit, and the new forms of fraud and misconduct being developed to »game« metrics. I have also held permanent faculty posts at UCLA and Harvard, as well as visiting positions at Chicago, Stanford, the University of Edinburgh, the European University at St Petersburg, and the Ecole des Hautes Etudes en Sciences Sociales (Paris).

A former Guggenheim Fellow, I am the author of Galileo Courtier (Chicago, 1993) (translated in German, Greek, Spanish, and Portuguese), and Galileo's Instruments of Credit (Chicago, 2006), the editor of The Science Studies Reader (Routledge, 1998), and the co-editor of Scientific Authorship: Credit and Intellectual Property in Science (Routledge, 2003), Making and Unmaking Intellectual Property (Chicago, 2011), Nature Engaged (Palgrave, 2012), From Russia with Code (Duke, 2019), and Gaming Metrics (MIT, in press).

I am currently working on two books: Fluid Commons: Making Knowledge with Networked Strangers (under contract with Cambridge University Press), and What is a Book? (with Alain Pottage (LSE)).

From 1500 to 2000, three consecutive epistemes have framed how the law has conceptualized invention.  (There are many different ways in which engineers, artists, and natural philosophers have thought and reflected about »invention«, but my project focuses on the jurists’ concept of invention, and how they used it to demarcate between what can or cannot be protected by a patent).

The first episteme, which lasted till about 1800, was inherently »materialistic«.  It identified the invention with the machine or working model that the inventor demonstrated to the authorities when requesting a patent. Within this episteme, the invention deployed force but did not need to be imagined. The invention was a visible performance right there for everybody to see.  The concept of invention – if one could call it that – amounted not to the idea or principle of the machine but to its visible, tangible effects.

The second, or modern, patent episteme overlaps with the industrial revolution.  It starts around 1790, and falls into a deep crisis in the late 1900s.  The machine provides the paradigmatic example of this episteme, framing the conceptualization of the invention as the way the various parts of a machine are connected and, through their coordinated movement, produce a certain useful effect.  (Even chemical inventions are conceptualized as »machines«., with the ingredients reacting to and bonding with others and developing new properties in the same way the parts of the machines, once connected, develop new functions, etc.).

The modern episteme construes the invention as something that cannot be seen but needs to be imagined. One starts by looking at drawings, texts, and models, but needs to mentally simulate the motions frozen in those traces because the invention is that pattern of motions and transformations.  This coincides and dovetails with the categorization of inventions as intellectual or intangible property.  The patented inventions are no longer the specific machines demonstrated by early modern inventors.  Invention now means the »principle« or »idea« of the invention.

Unlike a field or a house with specific physical boundaries and features, modern patents involve a form of property that, being intangible, can be asserted and protected only through a process of imagination guided by textual traces.  In sum, during the modern patent episteme, invention is about how the operation of the machine channels natural forces toward a useful effect but, at the same time, that process is one that can be grasped with one’s imagination framed by years of legal and professional training.

I conclude my study in the present, looking at the yet unclear emergence of a third patent episteme, one associated with the so-called Information Age.  The law has been struggling with information-based inventions that, starting with software, seem to escape the conceptual template of the machine.

Is software a machine produced by an inventor or is it a text written by an author, in his/her »style«?  And if the products of the information age cannot be modeled after the machine, what would be the appropriate figure and conceptual template to enable that imagining?  What kind of figure can be attached to information? And how can we imagine today’s new inventions if information does not allows for a paradigmatic figure for itself?  To make things more complicated, the current crisis and perhaps the impossibility of representation and imagination of invention is coupled with the fact that »force« is no longer a key feature of invention the way it was in the machine-based episteme. Software and many other information-based inventions are not about moving and transforming things. If information transforms something, it is itself.  Still, for these inventions to become intellectual property, the law has to be able to imagine them as such.  But how can we imagine invention outside of the machine, and beyond force?