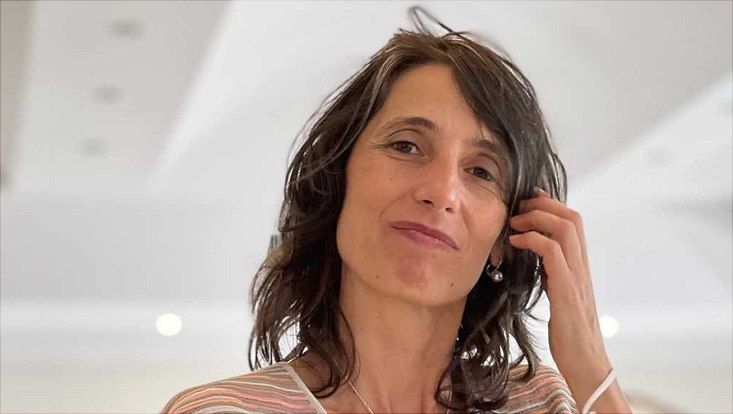 Stefania Caliandro is a tenured professor at the École supérieure d’art et de design des Pyrénées, where she teaches philosophy of art and aesthetics on the site of Tarbes. After studying at the Università di Bologna, she obtained a Ph.D. from the École des Hautes Études en Sciences Sociales, Paris. She taught and researched in several European universities – Marc Bloch in Strasbourg, France; Aarhus in Denmark; KU Leuven in Belgium; Freiburg in Switzerland; Hamburg in Germany – and in non-European universities – Laval and UQAM in Canada; UAM-A in Mexico; UFF in Brazil and as visiting professor at UERJ, Rio de Janeiro. She will soon present her research work at the Sorbonne Université in view of a habilitation to direct research (French HDR title).

Her research adresses key issues of aesthetics (perception, Einfühlung, the intelligibility of the sensitive, the definition of a logos of art, aesthetic instability etc.) from the perspective of a morphodynamic approach to complexity, which she articulates with particular attention to contemporary art and its evolution.

She participated in team research projects, and contributed to the organisation of international meetings, e.g. a research seminar at the Institut Universitaire de France, and contemporary art exhibitions, e.g. at the SMAK museum in Ghent, the Musée Massey in Tarbes, as well as artists’ residencies and exhibitions at the Contemporary – Festival d’arte e musica d’avanguardia, in Sardinia. Her papers have been presented in several conferences and congresses and have also been published. She collaborates with academic journals.

The project pursues a long-term study of aesthetic vibration in art theory and works of art. The idea of vibration was theorised in art at the beginning of the 20th century and exploited in numerous artists’ productions that, more or less intentionally, employ vibratory forms of different kind (chromatic, luminous, sounding, electrical, magnetic, radioactive, seismic...). Drawing on philosophical and art-historical considerations, with specific enquiries in physics, literature, music and qualitative mathematics, the study explores how, in philological and encyclopaedic terms, the idea of feeling vibrating in front of art has developed in our culture. In an attempt of defining a biosemiotic understanding of this phenomenon, it is hypothesised that perceptual and cognitive instabilities play a crucial role, putting in the way of the optimisation of sensory data and the semantic channelling of meaning, thus opening up a potential in aesthesic reception. As for the research at CAS, the analysis of works of art will bring into focus on how plastic dynamics act, accompanying and supporting the emergence of forms and figures, eliciting affects and atmospheric effects, as well as attracting the gaze towards properly material values. This point will lead to a reflection on the concept of plasticity, going beyond its delimitation to certain materials or genres, overcoming the traditional opposition between abstract and figurative, or between plastic and iconic, and perhaps matching recent neuroscientific research, with a view to a better understanding of morphodynamics in aesthetics.