»DARK FORCES. REFLECTIONS  ON A DIFFUSE PHENOMENON IN LITERATURE AND THE ARTS«

Registration for students via UHH/STiNe. / For interested guests by e-mail to adrian.renner"AT"uni-hamburg.de. 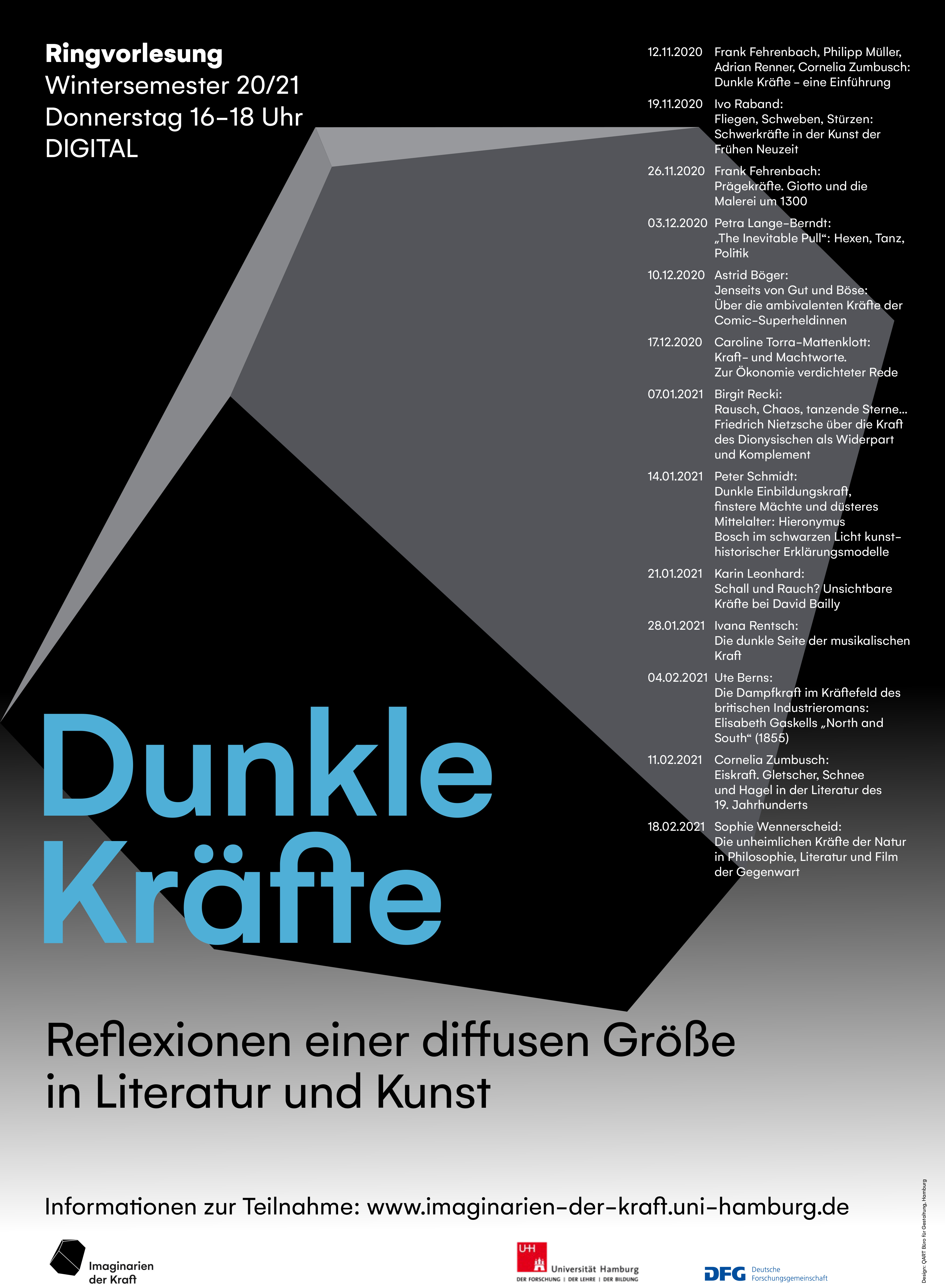 Forces are notoriously difficult phenomena to fix. From forces of attraction and repulsion, laws of motion and gravitation, to processes of generation, formation, selection, and inheritance, to questions of energy conservation and generation, forces infuse the entire world from Early Antique myths to modern natural science. The mutual influence of the forces of nature(s) and humans belongs - from models of balance to scenarios of loss of control or the invocation of magical powers - to the basic inventory of European cultural history. In this context, forces and their manifold effects were and are often attributed a dark, because inexplicable quality. This idea of an elusive "qualitas occulta" at the bottom of natural processes is continued until today's talk in physics of black holes and dark matter.

The more than just metaphorical darkness of forces points directly to the realm of art. In the arts, forces stand for the ideal generation and material production of works of art, to which in turn effects such as attraction, repulsion, fascination, pleasure, terror, or disgust are attributed. Precisely because forces usually only become perceptible in their effect on others and others, questions of representation, be it narrativization or visualization, are ignited by them - both in the sciences and in the field of art itself. Forces refer to the capacity to act and the interrelationships of effects, whose representation and modeling run between knowledge and aesthetics, between concept, metaphor, and image.

The lecture series undertakes to illuminate the darkness of forces from an interdisciplinary perspective. The double relation of knowledge and aesthetics in physics, biology, art history and literary studies is discussed as a question of the representation, modeling and visualization of forces on the one hand and the process of (re)presentation, its medial implications and repercussions on the understanding of force on the other hand.