»FORCES OF FORM AND MOVEMENT« 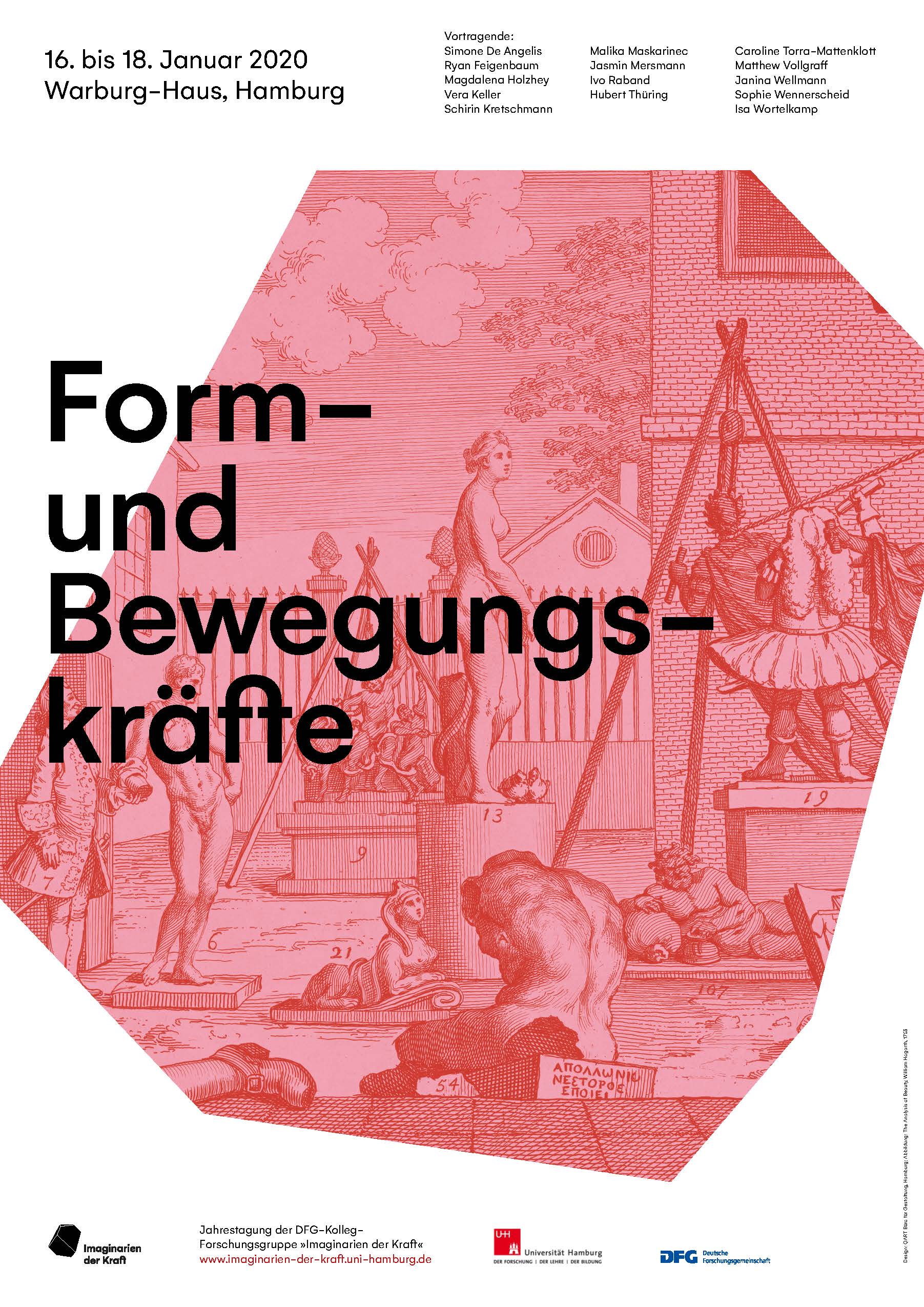 Engaging with forces is an integral part of artistic processes. Pull and push, gravity and levitation, imprint and pressure already pertain to a concrete handling of material. Kinesis and motor activity, motion and emotion take effect in dance, theatre, film, and literature. Imaginations of force have also guided theoretical reflections, as well the production and reception of art in most essential ways. In classical rhetoric, for example, energeia, vis and movere designate the performance and potential of speech; notions which have also been used to describe the effects of poetry and painting. In turn, anthropological and especially perceptual and psychological concepts play a crucial role in the attempt to validate the plausibility of such a force of the arts. Yet it still remains to be investigated how the arts fashion themselves when interacting with natural forces – be it in terms of using, examining, or metaphorically comparing themselves to forces of form and movement effective in nature. This is where we want to start out from in the course of the first conference of the CAS »Imaginaria of Force«.

The idea that a certain type of forces induces both the formation of matter as well as the transformations via movements can be traced back until antiquity. For instance, the Aristotelian notion of the soul understood as “the principle of movement,” associated with inherent, self-accomplishing forces (entelechia) became a powerful concept unfolding in natural history and anthropology, rhetoric, aesthetics, literature and art. Moreover, Aristotle’s distinction between dynamis – the latent capacity to change conditions – and energeia – the actual manifestation of such changes – as well as concepts of kinetic movements have been taken up and negotiated in diverse fields of science, in the visual arts, and in literary fiction until the present day. Just as influential has been Newton’s differentiation between immanent, idle forces and those violent ones impinging on bodies from the outside – a dual principle sparking ideas about forces of form and movements in physics, biology, and mathematics, but also in areas transcending the natural sciences.

These are points of departure for questions meant to be discussed at the conference from a transdisciplinary perspective: Which notions of forces of forms and movements are crucial in specific historical periods, in different fields of knowledge and in the arts? How are these notions represented conceptually and aesthetically? And how can the relation between forces of form and movement be described at all? How were and are they interrelated in abstract and figurative terms (regarding, for example, the idea of forces of form as catalysts of epochal or generic change), or in concrete designs, such as the figura serpentinata? The conference assembles contributions from the history of art and knowledge, from literary and cultural studies, as well as from life sciences interested in history and theory, which seek to open up the field of the forces of form and movement.